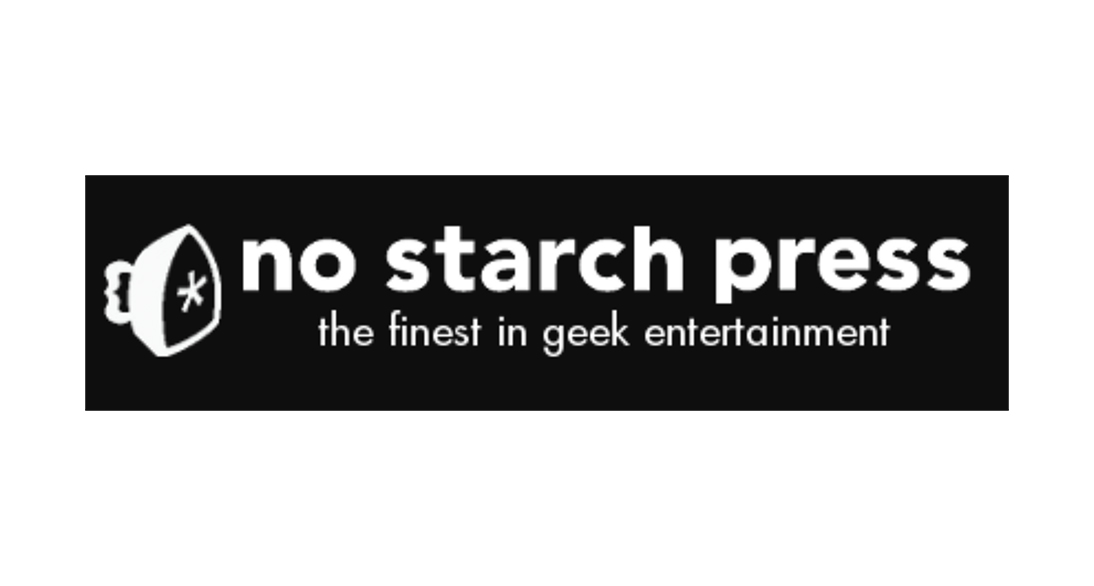 No Starch Press publishes the finest in geek entertainment — bestsellers like Python Crash Course, Python for Kids, How Linux Works, and Hacking: The Art of Exploitation. We focus on computer programming, security, hacking, alternative operating systems, STEM, and LEGO. Our titles have personality, our authors are passionate, and we read and edit everything we publish. Readers appreciate our straightforward presentation, fearless approach to the complex world of technology, and support of the global hacking community. No Starch Press titles have been included in the prestigious Communication Arts Design Annual and STEP inside 100 competition, and have won the Independent Publisher Book Award (the “IPPYs”) from Independent Publisher magazine.

San Francisco-based No Starch Press was founded in 1994 by Bill Pollock, who brings more than 30 years of publishing industry experience to the company. Prior to launching No Starch Press, Pollock worked in professional reference, scientific, college and trade publishing, and was a co-founder of computer book publisher APress.

A graduate of Amherst College with a Political Science degree (“I wrote my papers on a VAX when not playing Zork,”) Pollock prefers to think of himself as a would-be Biology major. After three years helping run a family wedding gown business Pollock left for a premed program at University of Pennsylvania thinking he’d be learning science. He dropped out of that program and joined Springer-Verlag in 1987 where he rewrote the occasional medical book, attempted to teach people how to use a PC XT, and sold medical books at conferences. Subsequent stints in book publishing included textbook publishing (Wadsworth, sales meetings were a blast), scientific and technical publishing (W. H. Freeman where he tried to develop a software-based molecular modeling kit way back in 1990). After being fired from Freeman Pollock left New York for Osborne/McGraw-Hill where he published some big and boring manuals, computer game books (fun, in the early days of Maxis and Sierra Online), and books about things like SoundBlaster. His managers would pull books out of his hands because he kept working on them. After being fired from Osborne, Pollock founded No Starch Press where he remains an active editor and works closely with many of our authors.