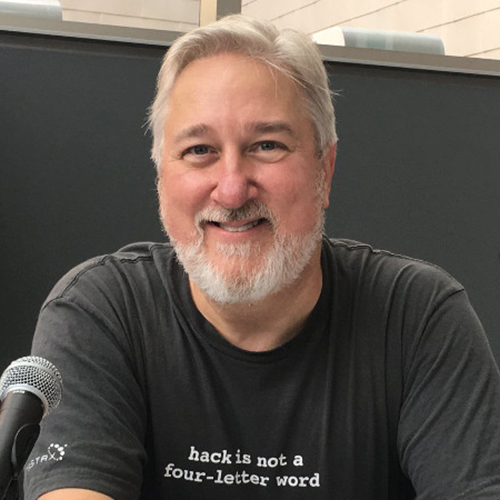 Jim Jagielski is a well-known and acknowledged expert and visionary in open source, an accomplished coder, and frequent engaging presenter on all things open, web, blockchain, and cloud related. As a developer, he’s made substantial code contributions to just about every core technology behind the internet and web and in 2012 was awarded the O’Reilly Open Source Award. In 2015, he received the Innovation Luminary Award from the EU and in 2019 was picked by InterCon as one of their Top 50 Tech Leaders. He’s likely best known as one of the developers and cofounders of the Apache Software Foundation, where he has previously served as both chairman and president and where he’s been on the board of directors since day one. He’s served as president of the Outercurve Foundation and was also a director of the Open Source Initiative (OSI). He’s Salesforce’s Open Source Program Office lead, and he credits his wife Eileen with keeping him sensible